April 2019, course «Thematic Mapping» at the Centre of Geographic Sciences

We were asked to create a thematic poster for a theme of our own choice. Since I am a big fan of public transport which is unfortunately virtually non-existent in Nova Scotia, I have decided to create a map showing Nova Scotians what an awesome rail network this province once had.

In recent years, the former train paths were converted into trails. Based on today's trails and an old map from 1924, I digitized and visualized the former rail network in the context of this work.

The Centre of Geographic Sciences is located along the Evangeline route. For this reason, I have decided to create a thematic poster about the Flying Bluenose which was operated on this route.

Being a fan of simple designs, the presented map uses modern and elegant design with a fine twist of an illustrative appearance namely the coast line. This poster does only use one font, Perpetua, which gives a touch of an old-style map but still looks modern.

Instead of labeling all stations along the Evangeline Route, a separate, schematic map with all stations is shown in the bottom right of the poster. Intended to be an enlarged area, the schematic map provides detailed information about stations and connections including ferries. 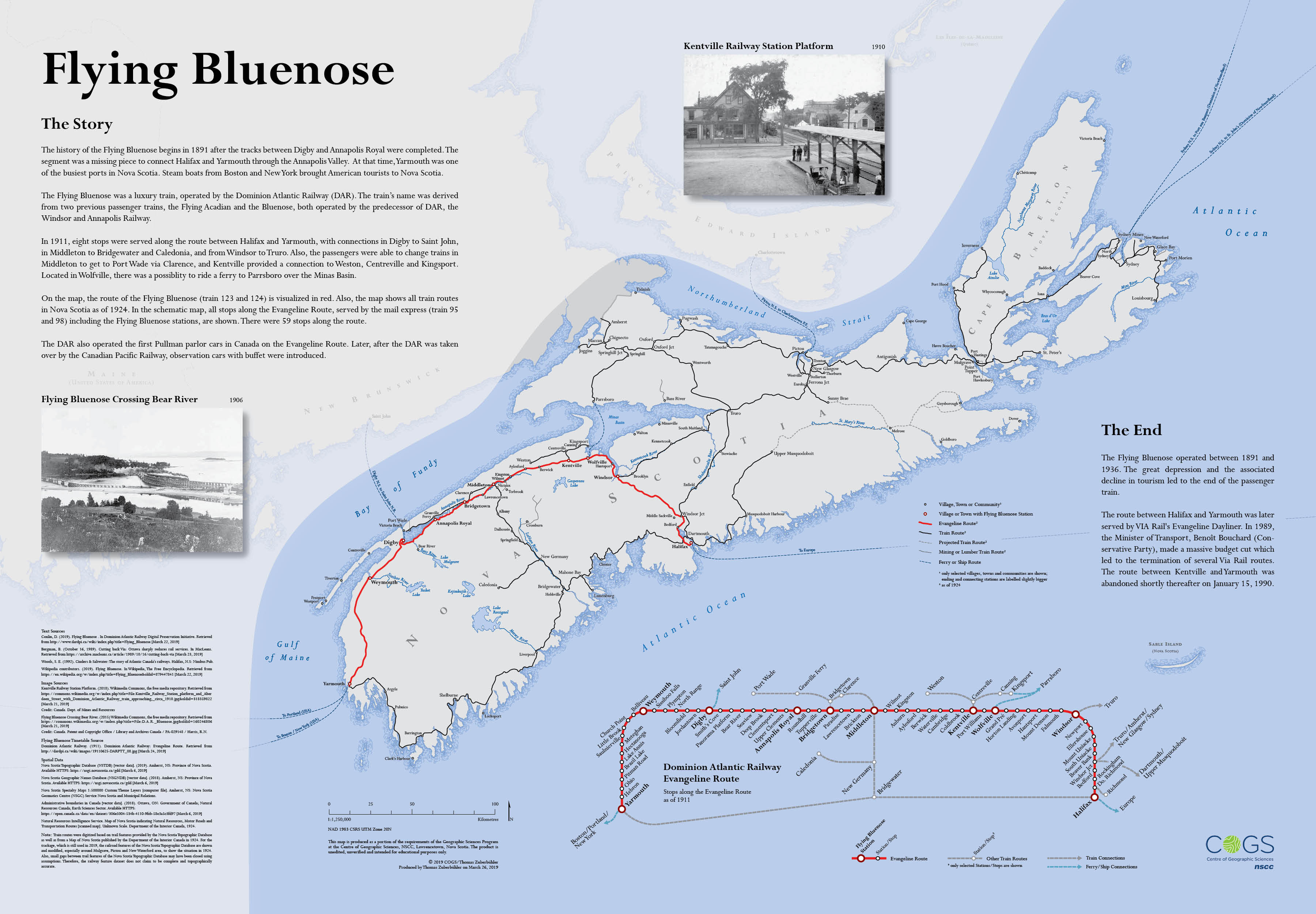 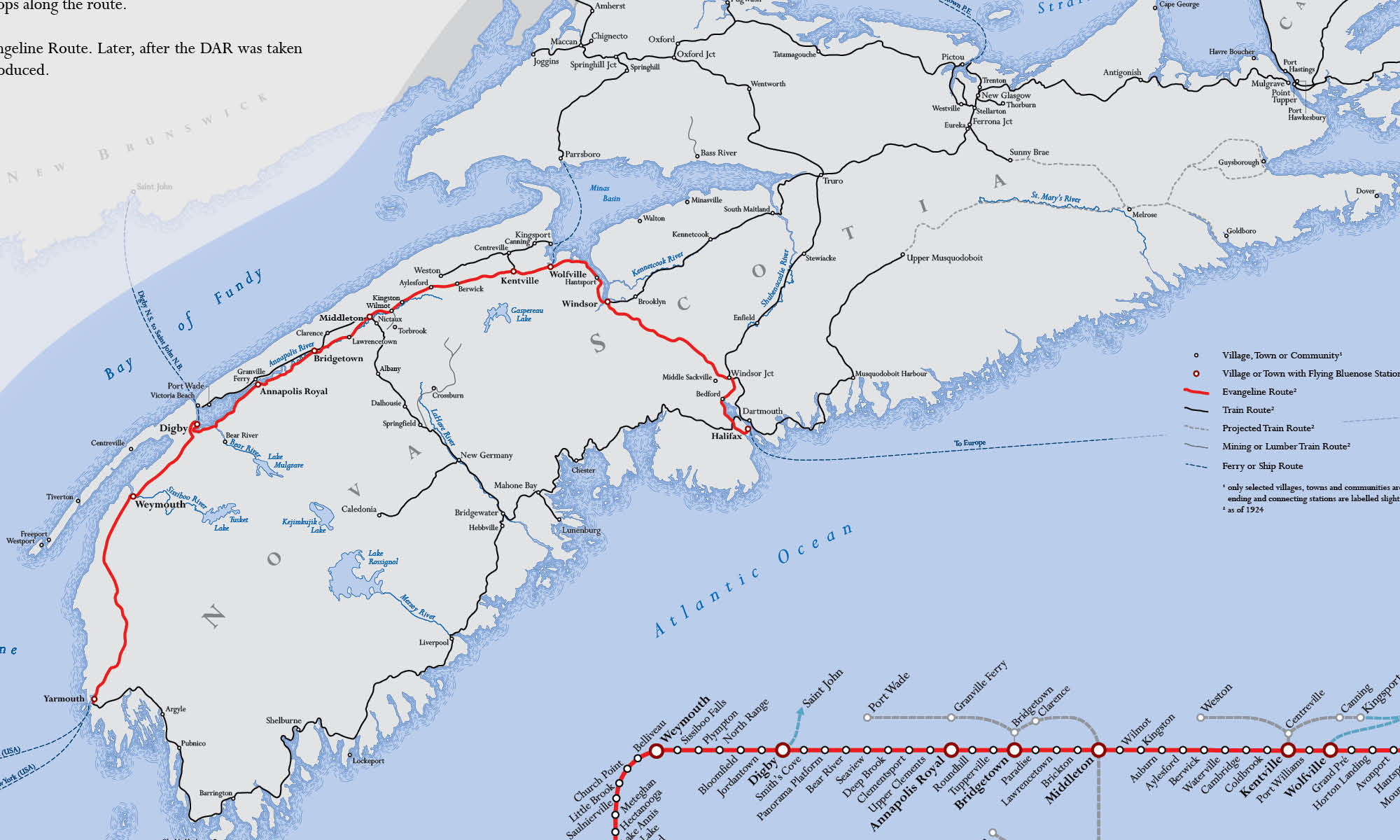